His skills were honed during eight years at the American Academy of Art’s Saturday Program in Chicago where he studied figure drawing and pastel with Bill Parks and oil painting with Ted Smuskiewicz. He continued his education through workshops with masters like Carolyn Anderson, Dan Gerhartz, and Richard Schmid. He learned his advanced pastel techniques in studies with Harley Brown.

William’s paintings have been featured in numerous magazine articles and several books. His work has received awards in exhibitions including those of: Academic Artists, American Impressionist Society, Oil Painters of America, Portrait Society of America, and Salon International. 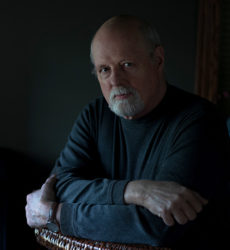 He is a signature member of OPA and NOAPS. The Pastel Society of America elected William to the title “Master Pastelist” and The American Impressionist Society has designated him as a “Master”. The International Association of Pastel Societies has named him to their “Master’s Circle”.

Virtual $300 or Less Sale is Live! Click HERE for the online gallery.